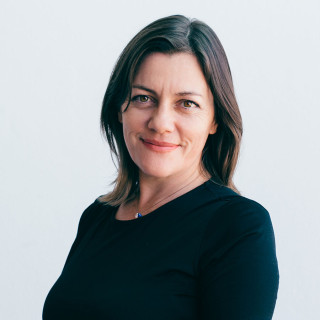 Edwina Johnson has been immersed in the world of literature and publishing for more than 20 years. She joined Byron Writers Festival as Director in November 2013.

Edwina has held significant publishing company roles at Allen & Unwin, Hachette and HarperCollins. Her publicity client list of international authors included such eminent writers as David Suzuki, Margaret Atwood, Hilary Mantel, Jeanette Winterson and Jonathan Franzen. These relationships sustained into the next phase of her career – literary festivals – led by the Sydney Writers Festival where she was the Artistic Operations Manager working over three festivals with mentors Meredith Curnow, Caro Llewellyn and Wendy Were.

Edwina has lived in London, Tuscany and Paris. In Paris she was drawn to the famed Shakespeare & Co bookshop where she co-directed the 2008 FestivalandCo. Back in Australia she established the respected Faber Academy at Allen & Unwin, now offering popular year-round writing courses in Sydney and Melbourne. Edwina moved to Byron Bay when invited to direct the 2014 Byron Writers Festival. This year she is at the creative helm of the 20th Anniversary Byron Writers Festival.

Edwina has loved books and reading since childhood where stories starting with Lewis Carroll and Enid Blyton were shared with her siblings. Apart from a passion for reading and storytelling, Edwina loves spending time by the ocean and relishes living in the Northern Rivers. She also has a penchant for travel, acupuncture, speaking Italian and jewellery design.

‘It is a real privilege to be able to invite leading writers and thinkers to this stunning landscape to celebrate the written word in all its forms.’