The Residency, valued at almost $40,000 (including total in-kind and cash value of the residency plus $10,000 direct financial support to the writers’ group), will support the winning group in a creative residency across seven days from 7-13 September 2020 in the Byron Shire. The group will receive mentorship from award-winning, established author Charlotte Wood and further development in their individual writers’ projects towards publication.

All three writers of the successful group reside in regional NSW. Robyn and Nigel formed a writers’ group in 2011, after meeting at Varuna and Julie joined in 2019 when Nigel and herself both had their novels published by Hachette and attended a range of events together. During the seven-day Residency, each writer will focus on developing an existing individual manuscript spanning several novel genres including literary fiction, contemporary environmental and historical fiction.

Byron Writers Festival Director Edwina Johnson said, “We are thrilled to be welcoming Robyn, Julie and Nigel to Byron as the winners of the inaugural Write North Writers’ Group Residency. It is undoubtedly a special opportunity to work collaboratively with Charlotte Wood whilst surrounded by the natural beauty of the Northern Rivers.

“We would like to extend our thanks to all of the applicants, the quality was truly impressive.”

Create NSW Executive Director Chris Keely said, “Congratulations to the inaugural recipients of our exciting debut Residency. I’m pleased Write North will allow our winners to carve out space to advance their stories against the beautiful backdrop of Byron Bay as they work collaboratively with their esteemed colleagues and mentor Charlotte Wood.”

Robyn Cadwallader
Robyn’s first novel, The Anchoress, published in Australia and internationally, was awarded a Canberra Critics’ Circle Award for Fiction, shortlisted for Indie Awards, Adelaide Festival Literary Awards, ACT Book of the Year Award and included on the VCE Literature list. Her second novel, Book of Colours, won ACT Book of the Year 2019, Canberra Critics’ Circle Award and was shortlisted for the Voss Award. She has published two non-fiction works, a poetry collection, short stories, reviews and essays. She has held residencies at Varuna and in Wales, UK. She has a PhD and taught literature at Flinders University.

Nigel Featherstone
Nigel’s most recent work is the novel Bodies of Men, which was published by Hachette Australia in 2019; this work was well-reviewed, shortlisted in the 2019 Queensland Literary Awards, and received a 2019 Canberra Critics Circle Award. His previous novel was Remnants, published by Pandanus Books in 2005. He is also the author of an award-winning series of novellas published by Blemish Books, 50 short stories published in Australian literary journals, and 120 creative nonfiction stories. He has held residencies at Varuna, Bundanon, and UNSW Canberra. Nigel has a Master of Creative Arts / Creative Writing from the University of Wollongong, 2000.

Charlotte Wood
Charlotte Wood is the author of six novels and two books of non-fiction. Her new novel is The Weekend, published internationally, which won the ABIA Award for Literary Fiction Book of the Year and has been shortlisted for the Stella Prize and the ALS Gold Medal in 2020. Her previous novel, The Natural Way of Things, won the 2016 Stella Prize, the 2016 Indie Book of the Year and Novel of the Year, was joint winner of the Prime Minister’s Literary Award for Fiction. Her nonfiction works include The Writer’s Room, a collection of interviews with authors about the creative process, and Love & Hunger, a book about cooking. Her features and essays have appeared in The New York Times, The Guardian, Literary Hub, The Sydney Morning Herald and The Saturday Paper among other publications. In 2019 she was made a Member of the Order of Australia (AM) for significant services to literature and was named one of the Australian Financial Review’s 100 Women of Influence. Her latest project is a new podcast, The Writer’s Room with Charlotte Wood, in which she interviews authors, critics and other artists about the creative process.

This opportunity was presented in partnership with Create NSW. 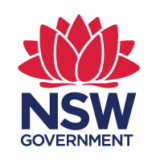