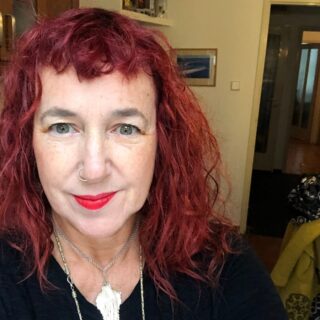 Isobelle Carmody is an Australian writer of science fiction, fantasy, children’s and juvenile literature. She divides her time between a home on the Great Ocean Road in Australia and her travels abroad. Isobelle began work on the highly acclaimed Obernewtyn Chronicles when she was just fourteen years old. The first two books in the Obernewtyn series were short listed for the CBC Children’s Book of the Year in the Older Readers category; Scatterlings won Talking book of the Year. The Gathering was a joint winner of the 1993 CBC Book of the Year Award and the 1994 Children’s Literature Peace Prize. Greylands won an Aurealis Award and a White Raven at Bologna, while Billy Thunder and the Night Gate was shortlisted for the Patricia Wrightson Prize for Children’s Literature in the 2001 NSW Premier’s Literary Awards. Both Little Fur and A Fox Called Sorrow received BAAFTA Industry Awards for design. Alyzon Whitestarr won the coveted Golden Aurealis for overall best novel at the Aurealis Awards. The Red Wind which she wrote and illustrated, won Book of the Year in the CBC awards, in the Younger readers category. Earlier this year she completed her PhD at the University of Queensland and her most recent novel is the final book in the Kingdom of the Lost series, The Velvet City.