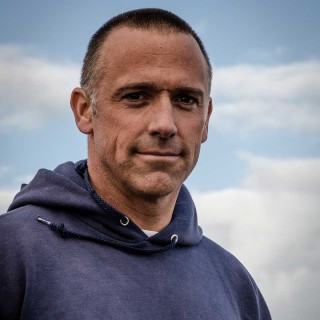 Jock Serong is the author of five novels, and has been a criminal lawyer, a senior writer for Surfing World magazine and the founding editor of Great Ocean Quarterly.

His debut release Quota (2014) won the Ned Kelly Award for a First Crime novel, and his follow-up, The Rules of Backyard Cricket, was shortlisted for a Mystery Writers of America Edgar Award. In 2017, he released a novel about Australia’s treatment of asylum seekers, On the Java Ridge, which won the Colin Roderick Award and the inaugural UK Staunch Book Prize.

Since then, he has been engaged in writing a trilogy of novels about Bass Strait’s Furneaux Islands, beginning with Preservation (2018), then The Burning Island (2020), and Pea Jacket Point (2022).

Jock has completed a PhD in Creative Writing at LaTrobe University. His freelance work is published in The Guardian, The Monthly, The Big Issue, Tracks, The Surfer’s Journal, the Sydney Morning Herald, the Australian Financial Review and many more outlets, and he has taught writing through programs with The Byron Bay Writers Festival, Kill Your Darlings, Writers Victoria and elsewhere.