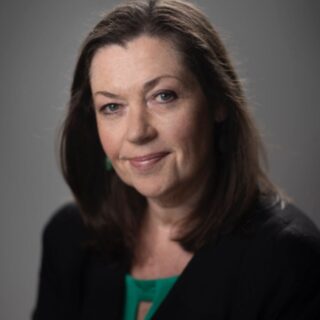 Karen Middleton is a journalist, based in Canberra. She is The Saturday Paper’s chief political correspondent and a regular commentator on ABC TV’s Insiders and The Drum and Network Ten’s The Project. She contributes to ABC local radio and Radio National, Radio New Zealand, Monocle24 radio London and Turkey’s international TV news channel, TRT World. She sometimes also chats to the BBC, ABC24 on a Saturday morning and a bunch of other radio and TV networks around the place, often at strange hours of the day and night.

Karen is the author of two books Albanese – Telling it Straight (2016) and An Unwinnable War – Australia in Afghanistan (2011) and thinks perhaps it’s time she wrote another one. She also does other stuff, like MCing events and chairing panel discussions and giving speeches when invited and very occasionally when not.

She sings a bit, bakes a bit, writes the lyrics for parodies and regrets giving up piano in her teens. She is frequently mistaken for fellow journalist Samantha Maiden and vice versa. Being two women with longish darkish hair writing about politics, it is completely understandable and they laugh about it. Mostly.