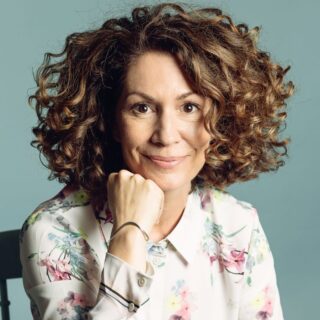 Kitty is a writer and performer, and can be seen regularly on the comedy/quiz show, Have You Been Paying Attention? She is also co-writer, co-director and star of the hit comedy series Fisk on the ABC. And she played Rhonda, the annoying PR woman, that everybody loved to hate on the highly acclaimed series, Utopia. Her segments on The Project and The Weekly with Charlie Pickering are still some of the shows’ most popular clips and have garnered millions of views on YouTube.

Her best-selling book 488 Rules for Life won multiple awards and sold over 130,000 copies. Kitty lives in Melbourne with her cat, two dogs and an awesome mandarin tree. Her favorite food is soup – currently in rotation are a gorgeous carrot, butterbean & coconut delight, a comforting fennel & brown rice crowd-pleaser and a creamy, red lentil & roasted capsicum bowl of deliciousness. Feel free to hit her up for a recipe anytime.