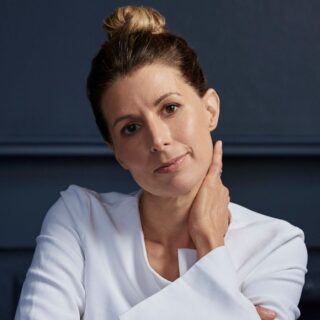 Meg Mason began her career at the Financial Times and The Times of London. Her work has since appeared in The Sunday Times, The Sydney Morning Herald and The Sunday Telegraph. She has written humour for Sunday STYLE, The New Yorker’s Daily Shouts and a monthly column for GQ and been a regular contributor to Vogue, ELLE and Marie Claire.

Her first novel You Be Mother (HarperCollins) was published in 2017. Her second, Sorrow and Bliss was first published in Australia in 2020, and the US and UK in 2021. The actress Emilia Fox narrated the audiobook. Now a bestseller in Australia, it has now sold in more than 20 countries and will be published in 16 languages. It has been longlisted for the ABIA Literary Fiction book of the year, chosen as the GOOP book club read in March 2021, and been optioned for screen by the US studio, New Regency, producer of Oscar-winning films including Little Women, 12 Years a Slave and Birdman.

She lives in Sydney, with her husband and two daughters.