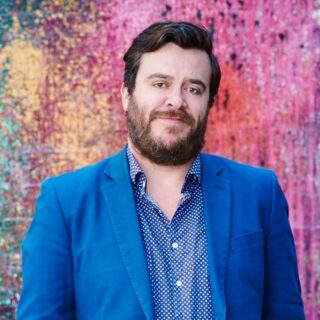 Michael Williams is Artistic Director of Sydney Writers’ Festival. He spent the preceding decade at the Wheeler Centre for Books, Writing and Ideas in Melbourne; as its founding Head of Programming in 2009, and then as its Director from September 2011. A regular host and interviewer for literary and ideas events around Australia his background is in publishing and broadcasting.

He has hosted two shows on ABC Radio National – Blueprint for Living (2015-2016) and Talkfest (2017-2018) – was a regular on ABC TV’s The Book Club, and remains a regular guest on ABC radio and TV. Michael has also worked as a Breakfast presenter for Melbourne’s 3RRR, as a member of the Australia Council’s Literature Board, in publishing in Australia and New York, and has written extensively for The Guardian, The Age, Sydney Morning Herald and elsewhere. He is currently also host of Guardian Australia’s monthly book club.