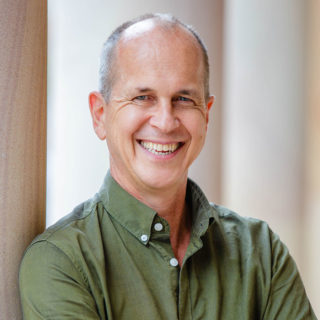 Professor Peter Greste is an Australian-born journalist, author and academic currently holding the UNESCO Chair in Journalism and Communication at the University of Queensland.

Before joining academia in 2018, he spent 25 years as a foreign correspondent, including 15 years with  the BBC in Latin America, the Middle East and Africa, before joining Al Jazeera as its East Africa correspondent in 2011.

In December 2013 he was covering Egypt on a short assignment when he and his two colleagues were arrested on terrorism charges. After a trial widely dismissed as a sham, they wer convicted and sentenced to seven years in prison.

After intense international pressure, he was deported in February 2015. In honour of his stand for press freedom, he won numerous awards including a Walkley award, the Royal Television Society Judges Award, the International Association of Press Clubs Freedom of Speech Award; and  the Australian Human Rights Commission Medal.

Peter co-authored his family’s account of their struggle to get him out of Egypt, Freeing Peter, and written his own book on journalism and the War on Terror, The First Casualty. He remains an avid advocate of media freedom and journalist safety.