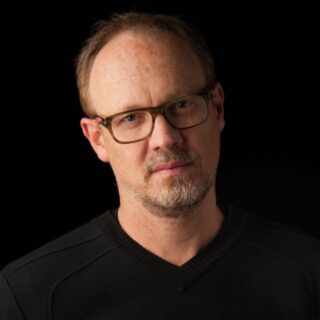 Perpetually curious, composer/trumpeter/sound artist Peter Knight’s practice exists in the spaces between categories, between genres, and between cultures. His most recent album, Crossed and Recrossed, explores the links between literature and music with long form works inspired by Gerald Murnane and Italo Calvino.

He has also performed his works with the Orchestra at major international festivals with recent highlights including, JazzFest Berlin, London Jazz Festival, and MONA FOMA (Tasmania), In addition to his role with the AAO, Peter regularly presents his music as both performer and composer in a range of settings; he also composes for contemporary theatre, film, and creates sound installations.