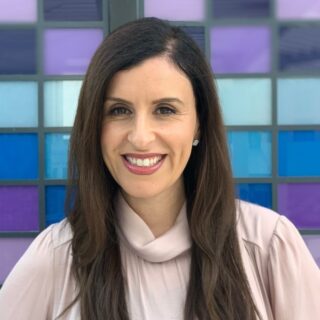 Randa Abdel-Fattah is a prominent Palestinian Egyptian Muslim writer, anti-racism advocate and Islamophobia scholar. She is currently a postdoctoral research fellow in the Department of Sociology at Macquarie University researching the generational impact of the war on terror on Muslim and non-Muslim youth. Randa’s books include Coming of Age in the War on Terror, released in 2021, Islamophobia and Everyday Multiculturalism (2018) and the co-edited anthology Arab, Australian, Other: Stories on Race and Identity.

Randa is also the multi-award-winning author of 11 novels published in over 20 countries including multiple translations, stage productions in the US and Australia, and a graphic novel series (China). Her multi-award winning children’s novel, Where the Streets Had A Name, set in Palestine, is on the Australian national curriculum, was adapted to the stage and performed as a play in Sydney, and was in New York Library’s Top 100 books. Randa uses her interventions in the media, her writing, talks and workshops at schools and writer’s festivals to address anti-racism, social justice and human rights causes.