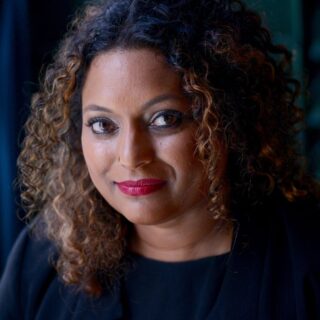 Roanna Gonsalves is the author of The Permanent Resident (UWAP) published in India and South Asia as Sunita De Souza Goes To Sydney (Speaking Tiger).  The book won the NSW Premier’s Literary Award Multicultural Prize 2018 and was longlisted for the Dobbie Literary Award 2018.  Her writing has been compared to the work of Alice Munro and Jhumpa Lahiri. Her four-part radio series On the tip of a billion tongues, commissioned and broadcast by ABC RN’s Earshot program, is a portrayal of contemporary India through its multilingual writers. Roanna is a recipient of the Prime Minister’s Australia Asia Endeavour Award. She has been an invited Keynote Speaker and panellist at numerous literary events. She has been teaching and supervising creative writing students of all ages within communities, schools and at New York University Sydney, UNSW, Western Sydney University and Macquarie University. She is a recipient of The Bridge Awards’ inaugural Varuna – Cove Park Writing Residency Scotland. Roanna has a PhD (UNSW) and serves on the Board of Writing NSW. Roanna was born and raised in Mumbai and now lives in Sydney. For more information see https://roannagonsalves.com.au/