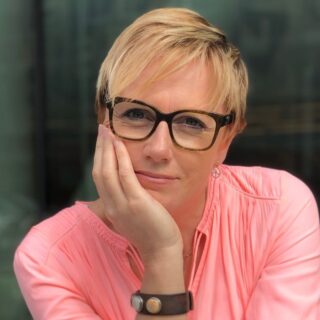 Zoe Daniel has spent almost 3 decades on the front line of news and current events, in Australia and internationally, living and working in some of the most challenging environments in the world. She translated the election of Donald Trump for Australians and has brought insights from Southeast Asia, Africa and the Americas home, illuminating key global events.

Zoe is a 3-time foreign correspondent and former ABC News United States Bureau chief. She was based in Washington DC from late 2015 until the end of 2019 and was one of the few journalists who saw the rise of Donald Trump coming. While in the United States, she travelled to 44 states and territories from Alaska to Puerto Rico.

Zoe was the ABC’s South East Asia correspondent from 2009 to 2013 and provided on-the-ground coverage of stories ranging from major political events to natural disasters including civil unrest and political protests in Bangkok, the reform process in Myanmar and the devastation caused by Typhoon Haiyan in the Philippines. Between 2005 and 2006, Zoe was the ABC’s Africa correspondent.

She has met and interviewed displaced people, refugees, soldiers, voters, businesspeople, women and children and families, prime ministers and presidents.

Zoe grew up in Tasmania and began her career in journalism as a radio producer in South Australia. She then reported on rural issues in New South Wales, Tasmania and Victoria before becoming a business reporter and then a general reporter working across the spectrum of ABC News and Current Affairs programs.

She is the author of Storyteller, which provides a personal insight into her life as a foreign correspondent while juggling a family, and Angel, a novel for young teens about Typhoon Haiyan in the. Philippines.