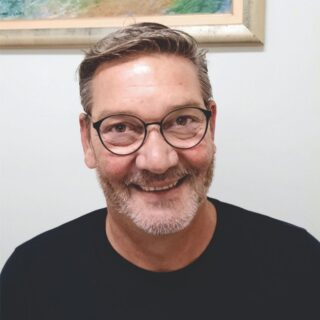 Adam van Kempen is the principal of BvK Solicitors & Attorneys and joined the Festival board in 2012.

Adam learnt to read before he could walk and was fortunate to be brought up in many and varied houses that were always full of interesting people and where literature and the arts were treasured components of everyday life.  He writes constantly – though mainly for his work as a lawyer, but still endeavours to engage his audience by being as creative as possible in his work imposed genre.  A Far North Coast ‘local’, Adam grew up in the region, and returned some 15 years ago, having decided that cities are a great place to visit.  He is proud to be involved with the Byron Writers Festival as well as other community organisations such as SPRUNG!! Integrated Dance Theatre and Screenworks Northern Rivers.