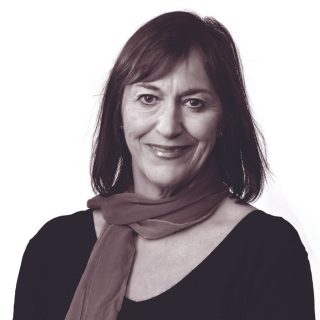 Anne Maria Nicholson is a journalist, author, facilitator and company director who has worked for many of Australia’s major media organisations, as well as internationally. For 20 years she was a senior journalist with the ABC on Foreign Correspondent, Lateline, 730 and was National Arts Reporter for the network.

Anne Maria was an independent Councillor on Sydney’s Manly Council, informing her belief that community activism is a vital way to contribute to society and that people power can change the world for the better.  Her commitment is constantly reinforced by the experience of raising three children and becoming a grandmother.

Her new novel, Poker Protocol is a contemporary story putting middle Australia under a microscope.  It is set around her home suburb of Manly. Her first two novels featured a volcanologist, Weeping Waters, set in her homeland of New Zealand, and Pliny’s Warning set in Naples, Pompeii and notorious White Island. She also co-wrote Places not Spaces – Placemaking in Australia.

Anne Maria is passionate about reading, writing, authors’ rights and a strong independent media.  She is a director of the Copyright Agency, former Deputy Chair of the Australian Society of Authors and an activist with ABC Alumni.