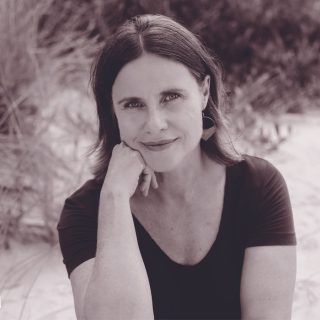 Bronwyn has been a journalist for over 25 years, working for the ABC as a radio current affairs reporter, for SBS as a video journalist on the international affairs program Dateline, and as a freelance writer. Her work has been published in The Monthly, the Guardian, The Saturday Paper and the Griffith Review.

In the 2000s, she was the first journalist ever to gain access to the inside of a refugee detention centre on the remote island of Nauru, her story winning a United Nations Association of Australia Media Peace Award. She also reported extensively on the US counter-terrorism strategy of ‘Extraordinary Rendition’, winning a George Munster Award for her work into the rendition of Australian citizen Mamdouh Habib.

Currowan is Bronwyn’s first book. It blends memoir, reportage and analysis as she tracks the path of the massive Currowan bushfire fire as it torments the communities of the south coast of NSW over the summer of 2019-2020 – including threatening Bronwyn’s own home and the lives of her immediate family. It is a story about tragedy, survival and the power of community.

Currowan was highly commended in the Victorian Premier’s Literary Awards for non-fiction in 2022. It will be published in the United Kingdom in August 2022.