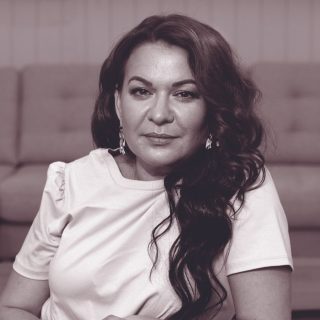 Chelsea Watego (formerly Bond) is a Munanjahli and South Sea Islander woman with over 20 years of experience working within Indigenous health as a health worker and researcher. She is currently Professor of Indigenous Health at QUT’s School of Public Health and Social Work. Her scholarship has drawn attention to the role of race in the production of health inequalities and her current ARC Discovery Grant seeks to build an Indigenist Health Humanities as a new field of research; one that is committed to the survival of Indigenous peoples locally and globally, and foregrounds Indigenous intellectual sovereignty.

She is a prolific writer and public intellectual, having written for IndigenousX, NITV, The Guardian, and The Conversation. She is a founding board member of Inala Wangarra, an Indigenous community development association within her community, a Director of the Institute for Collaborative Race Research, and was one half of the Wild Black Women radio/podcast show, but most importantly, she is also a proud mum to five beautiful children.

Her debut book Another Day in the Colony, published by UQ Press, was released in November 2021 and met with critical acclaim.