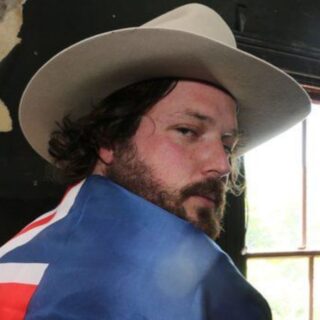 Clancy Overell is a passionate regional journalist with over forty years experience in the industry. Always based out of Betoota in Queensland’s Channel Country.

Between his many different desks at The Betoota Advocate, he has also worked as a ringer, tent boxer, roo-shooter and fencer over the years – always keeping a journal by his side.

Starting in 1960 as a cadet in Betoota, Clancy worked his way up to the role of ‘Charleville Correspondent’ – a position held for five years before taking a sabbatical to focus on what looked to be a promising career in rugby league football.

After a shocking knee injury in the 1970 Grand Final against the Cunnamulla Rams, Clancy held off on a return to news, opting to join Jimmy Sharman’s Tent Boxing Troupe. After nearly ten years on the road with Sharman, Clancy returned to Betoota to pick up the position of Sports Writer and was later promoted to editor – a role he has remained in for over 30 years.