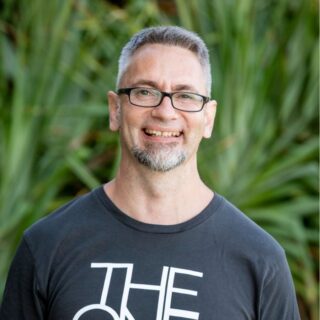 Descended from the Bigambul Aboriginal people of South-West Queensland, the award-winning Dub Leffler is one of Australia’s most sought after illustrators of children’s literature. He has written two books for children and is currently illustrating his 26th title.

Dub’s work has afforded him travel across the globe including remote Australia, Europe, Indonesia and America and his illustrations are now in permanent collection in The National Library of Congress in Washington, Dc. He has collaborated with the likes of Colin Thompson, Robert Ingpen and Banksy.