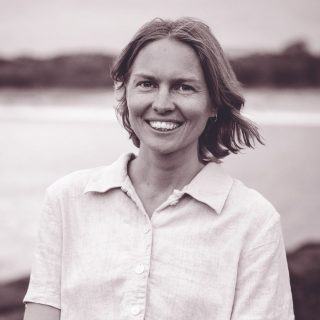 Emily Brugman grew up in Broulee, on the far south coast of NSW, on the lands of the Yuin people. Her writing has previously appeared in literary journals, magazines and anthologies, including Tracks, the UTS Writers’ Anthology and Lines to the Horizon: Australian surf writing. She currently lives in Mullumbimby, on Bundjalung country, and works at Byron Writers Festival. The Islands, her first novel, is inspired by her Finnish family’s experiences living and working on the Abrolhos Islands, WA, between 1959-1972.