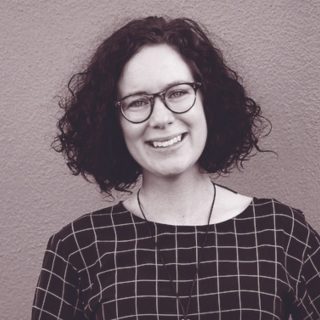 Fiona Murphy is an award-winning Deaf writer based in the Blue Mountains. Her work has appeared in The Guardian, The Saturday Paper, ABC, Big Issue, Griffith Review, Kill Your Darlings, among many more outlets.

Her memoir, The Shape of Sound (Text), explores deafness, sign language and identity. It has been praised by Helen Graner, Sarah Krasnostein and Bri Lee. It was highly commended in the Victorian Premier’s Literary Awards and longlisted in the ABIAs.

Fiona’s writing has been widely anthologised, most recently her work has appeared in Family: Stories of Belonging (Text); Melbourne on Film: Cinema that defines our city (Black Ink); and Griffith Review 77: Real Cool World (Griffith Review).

Fiona is currently writing a novel.