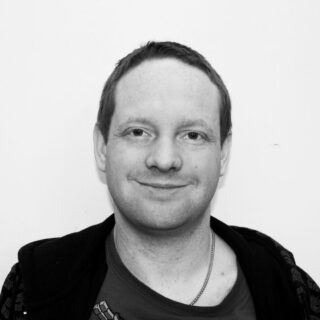 Greg Sindel is a passionate and prolific graphic novelist. An ardent researcher, Greg is an expert on cult comic and horror film classics and is constantly sourcing new material from which to derive inspiration.

Greg has developed his storytelling craft since childhood, overcoming considerable learning difficulties to develop into a fluent wordsmith and illustrator. To date, he has published six graphic novels: Werewolf in Chinatown, The Pruning, Mutant Warriors, Moby Dick, Horrendous Myths, Frankenstein and Dracula. His first novel, Horrendous Myths, was launched at Kinokuniya Books in 2012 and in 2019 the novel was accepted into the collection of The National Library of Australia.

In addition to graphic novels, Greg works on paper and in digital media, creating vignettes and alter ego portrait commissions. He has exhibited widely at the Museum of Contemporary Art Australia Zine Fair, Sydney Contemporary, Golden Age Cinema, Wedge Gallery, Spilt Milk Music Festival, and at various local libraries and spoken word events. Most recently his short animation ‘Attack of the Virus King’ was shortlisted for the 2020 Focus on Ability Short Film Awards 2020. Shortly after he was invited by TEDxSydney to host a Creative & Curious Discovery Session, which saw three TEDxSydney participants digitally transformed into alter ego heroes or villains.

Greg is mentored by artist Leigh Rigozzi and has collaborated with arts organisations, Earth Visual and Physical Inc. and Curious works. His works are held in various public and private collections including Artbank and The National Library of Australia.