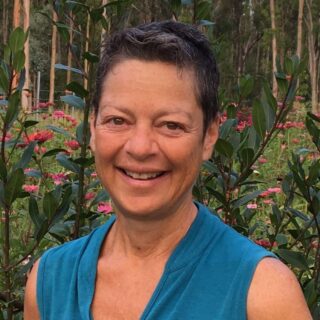 Hayley Katzen migrated from South Africa to Australia in 1989 and moved to the North Coast in 1994 where she worked as a law lecturer. Passionate about the power of stories, she quit law to study acting, performed locally and wrote and produced Pressure Point, a play about asylum seekers. In 2005, Hayley moved to her girlfriend’s cattle farm. Here, apart from learning how to fight fires, work cattle and shovel manure, she honed the crafts of short story and essay writing and completed an MFA (Creative Writing). Her writing has won competitions, been read on ABC radio and Queerstories and been published in Australian, American and Asian journals and anthologies including Australian Book Review, Griffith Review, Southerly, Fourth Genre and Kenyon Review. Untethered is her debut memoir.