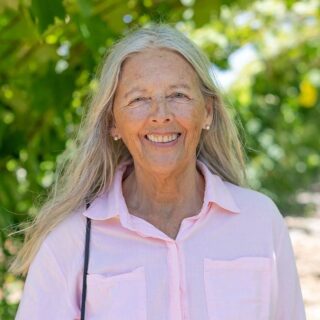 Helena is a widely respected analyst of the impact of the global economy on local communities, economies, and personal identity, and is a leading proponent of localization as a means of countering those impacts.

Her seminal book, Ancient Futures: Learning from Ladakh, has been described as “an inspirational classic,” providing insightful solutions to the unintended impacts of development, based on her decades living and working in Ladakh, India. Together with the film of the same title, it has been translated into more than 40 languages, and sold about half a million copies.

Her most recent book, Local is Our Future: Steps to an Economics of Happiness (2019), outlines how a systemic economic shift from global to local can address the world’s social, economic, ecological and spiritual crises. Helena is also the producer and co-director of the award-winning film The Economics of Happiness, and the co-author of Bringing the Food Economy Home and From the Ground Up: Rethinking Industrial Agriculture.

Founder and director of Local Futures and a founding member of the International Forum on Globalization and the Global Ecovillage Network, Helena’s work has been accoladed by the Alternative Nobel prize, the Arthur Morgan Award and the Goi Peace Prize.