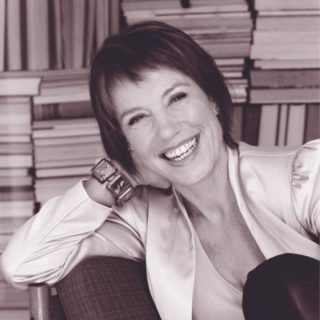 Jennifer Byrne is a senior journalist and broadcaster who has worked in all arms of the media: print, radio and television.

Having done her cadetship at the Age and worked on UK’s Fleet Street, she was a founding reporter with Channel Nine’s Sunday programme and spent some 12 years traveling the world for 60 Minutes and as anchor for Foreign Correspondent. She was publishing director of Reed Books, morning presenter on ABC radio, won national awards as interviewer and columnist for the Bulletin and, in May 2006, returned to TV to create the country’s first televised Book Club, which ran on the ABC for 11 years until December 2019.

Alongside books, Jennifer’s favourite pastime – far too serious to be called a hobby – has since the age of two been the playing of games. Including quizzes, cards, board games, and crosswords (physical and electronic). To be invited to become the first Australian host of Mastermind – a show she grew up watching, of course – is the realisation of a dream she didn’t know she had. Jennifer hosted series two of Mastermind plus Celebrity Mastermind in 2020.