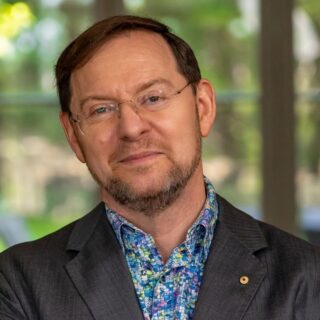 Rasko is an Australian pioneer in the application of adult stem cells and genetic therapy. Since 1999 he has directed the Department of Cell and Molecular Therapies at Royal Prince Alfred Hospital and the Gene and Stem Cell Therapy Program at the Centenary Institute, University of Sydney. John Rasko is a clinical haematologist, pathologist and scientist with an international reputation in gene and stem cell therapy, experimental haematology and molecular biology. In over 170 publications he has contributed to the understanding of stem cells and blood cell development, gene therapy technologies, cancer causation and treatment, human genetic diseases and molecular biology.

He serves on Hospital, state and national bodies including Chair of GTTAC, Office of the Gene Technology Regulator – responsible for regulating all genetically-modified organisms in Australia – and immediate past Chair of the Advisory Committee on Biologicals, Therapeutic Goods Administration. Contributions to scientific organisations include co-founding (2000) and past-President (2003-5) of the Australasian Gene & Cell Therapy Society; President (2018-20), President-Elect (2016-18) and Vice President (2008-12) of the International Society for Cell & Gene Therapy; Scientific Advisory Committees and Board member for philanthropic foundations; and several Human Research Ethics Committees.

He is a founding Fellow of the Australian Academy of Health and Medical Sciences. In 2018, the Board of the ABC honored him as the sixtieth Boyer Lecturer. He is the recipient of national (RCPA, RACP, ASBMB) and international awards in recognition of his commitment to excellence in medical research, including appointment as an Officer of the Order of Australia.