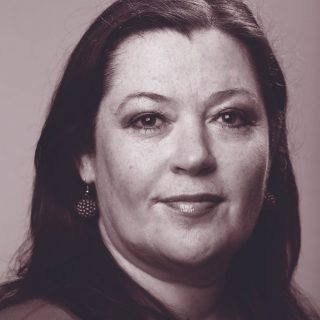 Karen Middleton is a political journalist with more than 30 years’ experience in covering national and international affairs for print and broadcast media, based in the Parliamentary Press Gallery in Canberra. Karen is the Chief Political Correspondent for Schwartz Media’s The Saturday Paper and the author of two books, An Unwinnable War – Australia in Afghanistan’ (2011) and Albanese – Telling it Straight (2016).

A regular contributor to ABC radio, ABC TV’s Insiders and The Drum and Network Ten’s The Project, she is a correspondent for Radio New Zealand, Monocle24 radio London and Turkey’s international TV network TRT World and has contributed to the BBC and The New York Times.

During a decade with SBS Television, Karen undertook three military embeds as a war correspondent in Afghanistan. Before that, she was among the Australian media contingent in Washington DC covering then Prime Minister John Howard’s official visit when terrorists attacked on September 11, 2001.

A long-time volunteer with refugees, Karen is also deeply committed to indigenous reconciliation and veterans’ support. She is a former Federal Parliamentary Press Gallery president and a Churchill fellow. The University of Canberra awarded her an honorary doctorate in 2020. And she sings a bit, on the side.