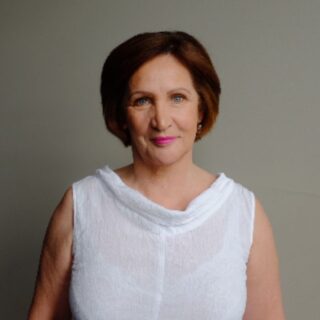 Mary Li (formerly Mary McKendry) was raised in Rockhampton, Queensland, the third of eight children. She was first introduced to ballet by her teacher Valeria Hansen. At sixteen she was accepted into the Royal Ballet School, London. She joined the London Festival Ballet (English National Ballet) in 1977 and was promoted through the ranks to principal dancer in 1981. In 1985, Mary joined Houston Ballet as a principal dancer.

During her performing career, Mary danced principal roles in all the major classical ballets, including Swan Lake, The Sleeping Beauty, Giselle, Romeo and Juliet and The Nutcracker, as well as leading roles in contemporary ballets, some created especially for her. She has worked with legendary teachers, choreographers, artistic directors and artists, including Rudolf Nureyev, Margot Fonteyn and Ben Stevenson.

She married fellow principal dancer Li Cunxin in 1987, and they have danced together all over the world. Following their return to Australia in 1995 Mary worked with the Australian Ballet as a coach, while raising their children Sophie, Tom and Bridie. For the past ten years she has been ballet mistress at Queensland Ballet where her husband Li is artistic director. Together they have turned the company into one of worldwide recognition and acclaim.