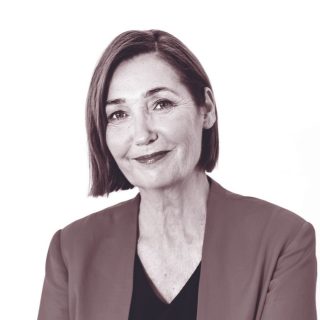 Marian Wilkinson is a multi-award winning journalist with a career that has spanned radio, television and print.

She has covered politics, national security, refugee issues and climate change as well as serving as a foreign correspondent in Washington DC for The Sydney Morning Herald and The Age. She was a Deputy Editor of the Sydney Morning Herald, Executive Producer of the ABC’s Four Corners program and a senior reporter with Four Corners. She had also written for Australian Foreign Affairs magazine and The Saturday Paper.

As Environment Editor for the Sydney Morning Herald she reported on the rapid melt of Arctic sea ice for a joint Four Corners-Sydney Morning Herald production which won a Walkley Award for journalism and the Australian Museum’s Eureka prize for environmental journalism. She also covered the UN climate conferences in Bali and Copenhagen.

In 2018 she was inducted into the Australian Media Hall of Fame.

She has written several books including the political biography, The Fixer, (William Heinemann) on former Labor powerbroker, Graham Richardson, and Dark Victory, (Allen and Unwin) on Australia’s response to asylum seekers which she co-authored with David Marr.

Her latest book, The Carbon Club, (Allen and Unwin) investigates Australia’s fraught climate change policy and the network of players who derailed it.