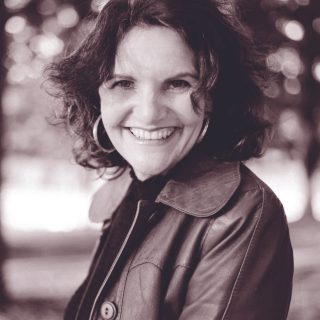 Megan Albany is a proud Kalkadoon woman whose debut novel, The Very Last List of Vivian Walker, was shortlisted for the 2020 Banjo Prize (Harper Collins) and was Highly Commended in the Australian Society of Authors 2020 Award Mentorship Program for writers and illustrators. Published by Hachette Australia in February 2022, Megan’s work is already receiving widespread acclaim.

‘This novel has humour and pathos in spades – I laughed and cried.’

Megan has a Masters in Creative Writing and is currently completing a PHD in Creative Writing at QUT. She has been a journalist with the Koori Mail, the Guardian Newspaper in the UK, the Metro Newspaper in Ireland and the Irish Echo. She was the editor of the Aboriginal magazines, Deadly Vibe and InVibe magazine and was the scriptwriter for the ‘Deadlys’, the National Indigenous Awards which screened on SBS TV as well as being was the researcher for the SBS Juvenile Justice Documentary, ‘Can It Hurt Less’. She was a founding writer for the NITV health show, Living Strong and a concept developer for Move It Mob Style.