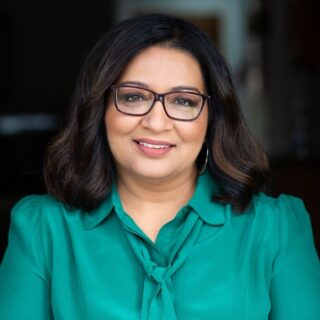 Dr Mehreen Faruqi is the Greens’ senator for New South Wales. She is a civil and environmental engineer and life-long activist for social and environmental justice. In 2013, she joined the NSW Parliament, becoming the first Muslim woman to sit in an Australian parliament. In 2018, she became Australia’s first Muslim senator. She has been a passionate advocate against racism and misogyny.

Since emigrating from Pakistan in 1992 Mehreen has worked in leadership positions in local government, consulting firms and as an academic in Australia and internationally. This includes her roles as Manager of Environment and Services for Mosman Council, Manager of Natural Resources and Catchments for Port Macquarie-Hastings Council, Director of the Institute of Environmental Studies (UNSW) and an Associate Professor in Business and Sustainability (AGSM, UNSW).

While in NSW parliament, she introduced the first ever bill to decriminalise abortion. Mehreen has been a leading voice in opposition to the greyhound racing industry, privatisation of public transport, and removal of laws that protect native vegetation. Since joining the federal senate in August 2018, Mehreen has been an outspoken advocate for public education, anti-racism, social housing and animal welfare.