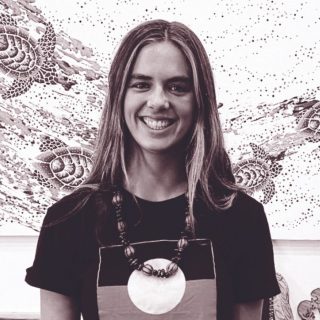 Mia Thom, a local Climate activist, and past co-organiser of the Byron Shire Youth for Climate movement has been responsible for organising school strikes since 2018, which have attracted thousands of community members.

Her Bundjalung heritage and ongoing passion and commitment to Indigenous rights, has led to an intersectional approach to Climate Change, promoting Indigenous knowledge as one of the core solutions to our systemic issues. Her dedication to community and mobilisation of  youth to action has been recognised through the ADF Long Tan leadership award as well as being awarded Young Australian of the year within the Byron Shire.

Mia’s passion, which has translated to speaking at multiple protests and rallies, led to her involvement in Bob Brown’s Stop Adani convoy in Mullumbimby. Speaking to an estimated 5,000 people it became clear her ability to inspire an audience and discuss the urgent call for action to our climate emergency.

A multiple Nanga Mai award winner, which recognises the academic excellence of Indigenous students at a state level, reflects Mia’s academic rigour, receiving the highest Indigenous Atar in the state. Now graduated, Mia has commenced studying a Bachelor of Arts at Melbourne Uni, hoping to major in Creative Writing and Indigenous studies.