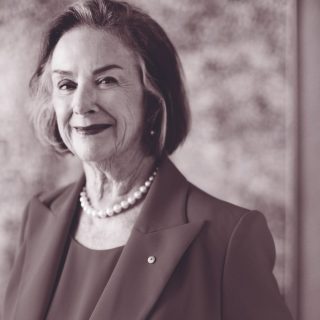 Wendy McCarthy’s story is one of a determined country girl who was the first in her family to go to university. A girl who was raised to be polite rather than bold. Polite girls did not challenge the status quo or answer back, and they waited to be asked to dance.

It is the story of how her generation of women changed Australia. They fought to have their voices heard and imagined a different Australia. An Australia where girls had the opportunity to complete secondary education. Where women who had missed out on education had a second chance. Where there was a rate for the job or equal pay. Where there was universal access to safe contraception and abortion. Where childcare and early learning was accessible and affordable. Where a mantra of political action for women was ‘A woman’s place is in the House and in the Senate’.

Don’t Be Too Polite, Girls is a personal, political memoir about life, love, family, and politics – as experienced by educator and activist Wendy McCarthy over the course of nearly eighty years.