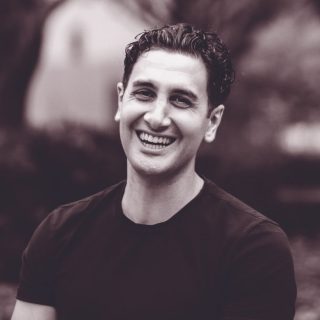 Will Kostakis is a writer of all things, from celebrity news stories that score cease and desist letters, to tweets for professional wrestlers. That said, he’s best known for his award-winning YA novels. His first novel, Loathing Lola, was released when he was just nineteen. His second, The First Third, won the 2014 Gold Inky Award. It was also shortlisted for the Children’s Book Council of Australia Book of the Year and Australian Prime Minister’s Literary awards, among others. The Sidekicks was his third novel for young adults, and his American debut. It went on to win the IBBY Australia Ena Noel Award. Most recently, Will has applied his trademark style to the fantasy genre, with Monuments and its sequel, Rebel Gods.

As a high school student, Will won Sydney Morning Herald Young Writer of the Year for a collection of short stories. He has since contributed to numerous anthologies, including the ABIA Award-winning Begin, End, Begin: A #LoveOzYA Anthology.

An advocate for young readers and writers, Will was awarded the 2020 Maurice Saxby Award by the School Library Association of New South Wales for service to children’s and young adult literature.