Founded five years ago in Paris by The Institut Français, La Nuit des Idées (Night of Ideas) has grown into a global celebration of arts, culture, science and philosophy. Now, for the first time, Byron Bay will be part of this international festival. The theme for 2020 is “Being Alive”, so expect a vibrant, cross cultural and interdisciplinary conversation about life, the universe and everything in between.

The evening will bring an intellectual Parisian flavour to the Byron Theatre at this special one-night event.

La Nuit des Idées in Australia is a joint collaboration between The Institut Français, the French Embassy in Australia, Sydney Opera House and Byron Writers Festival.

Don’t miss this incredible evening of ideas and creativity!

All proceeds from this event will be donated to the Red Cross Disaster Relief and Recovery Appeal.

Update 28/01: Please note that due to personal reasons Fabrice de Rotrou will no longer be participating in this event.

– THIS EVENT HAS SOLD OUT –

Dr Thierry Hoquet is a French Professor of Philosophy of Science at Paris Nanterre University and translator of the first edition of Darwin’s Origin of The Species in French. His specialities include 18th and 19th century natural history; the history of Darwinism; the concept of sex in biology; and the role of words and metaphors in the history of science. 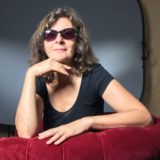 Olivia Rosenthal is a French author of over a dozen novels and winner of numerous prestigious awards, including the Prix Wepler, the Prix du Livre Inter and the Prix Alexandre-Vialatte. In addition to teaching creative writing, Rosenthal has also written plays and worked as a performance artist, collaborating with filmmakers, writers and directors for numerous festivals. 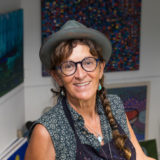 Dr. Bronwyn Bancroft is a proud Bundjalung Woman and Artist. Bronwyn has been exhibiting nationally and internationally for over three decades. Bronwyn has a diverse artistic practice including public art commissions and imagery design for private commission. Bronwyn has illustrated and/or written 40 children’s books. 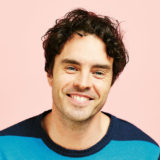 Damon Gameau is a film director, producer, author and activist. In 2015 he released his first feature film That Sugar Film and most recently, the documentary 2040 which examines what the world could look like in 2040 if the best solutions that exist today across environment, community, food and design were implemented right now. It was released in early 2019 with an accompanying book 2040: A Handbook for the Regeneration. 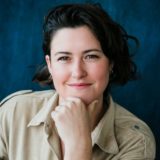 Kate McDowell is a Writer & Performer based in regional northern NSW, collaborating with diverse artists at home and abroad. She is Associate Artist at Northern Rivers Performing Arts (NORPA), and Associate Director for Sprung! Integrated Dance Theatre. Kate holds a Postgraduate Diploma in Writing for Performance from the National Institute of Dramatic Art (NIDA).