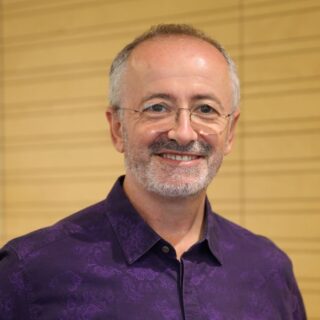 Andrew Denton is an award-winning writer, performer and producer. His TV programs include The Money or the Gun, Enough Rope, CNNNN (The Chaser), Hungry Beast, and The Gruen Transfer.

He pioneered documentaries on difficult subjects done differently, including The Year of the Patronising Bastard, about disability, and Angels & Demons about mental illness.

His 2016 podcast series about voluntary euthanasia, Better Off Dead, topped the iTunes charts. The second series, released in 2021, is now working its way into the body politic.