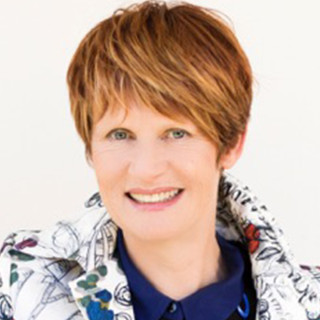 Dr Jesse Blackadder was an international award-winning author of fiction and served on the Byron Writers Festival board from 2011 until her death in June 2020.

Tirelessly adventurous, Jesse had a generosity of spirit that was unparalleled, a cheeky sense of humour and a great love for the Northern Rivers, her writing community, her family and her partner Andi. She was a teacher, mentor, and contributed to the wider literary community in roles such as peer assessor for the Australia Council and Create NSW, and author ambassador for Room to Read.

Jesse leaves an extraordinary legacy not the least of which is the wonderful StoryBoard program which has inspired so many young people to read and write. Jesse’s enthusiasm for creativity and writing drew out the beauty and potential in everyone she met.

Perhaps Jesse’s greatest legacy is that she gave joy. To be in the same room as her was to be uplifted by her warmth and positive energy.

Vale Jesse. We will miss you dearly.

The Board and team at Byron Writers Festival

After The Party, The Raven’s Heart, Chasing the Light, Sixty Seconds and for younger readers: Dexter: The Courageous Koala, Stay: The Last Dog in Antarctica, Paraku: The Desert Brumby, and with Laura Bloom – Dream Riders: Frankie and Dream Riders: Storm.