Ahead of the publication of her new picture book Archie and the Bear, local children’s author Zanni Louise looks at how the best children’s books allow room for interpretation, ensuring that young readers become engaged, absorbed and imaginative as they follow a multi-layered story.

Just because a book is for children doesn’t mean it needs to be childish. Some are, definitely. And I can’t deny my preschooler doesn’t love a romp about the Easter Bunny lost in outer space.

The beauty, in fact, of a picture book is that it is often deeply layered. Parents reading aloud to their child interpret the metaphors offered up. We know that Max from Where The Wild Things Are is on a psychological journey as much as he is on an imagined one. Alison Lester’s The Magic Beach provokes nostalgia, and draws us into a fantasy of a perfect beach holiday and a time of innocence. Even The Very Hungry Caterpillar, in all its simplicity, represents metamorphosis and change, as well as the quest to satisfy desire at all costs.

Picture books often reach classic status because they touch on a human and universal truth. A child’s truth. An adult’s truth.

While most children’s books centre on themes related to human nature and relationships, very rarely is the message spelt out. And if it is, the message most likely undermines the story. Ultimately, the story is king.

As children’s author Edwina Wyatt writes, ‘The best stories are those that pose questions but do not answer them. Of little interest are stories that tackle “issues” or include strategic tokenism for the sake of it.’

A picture book, like any story suitable for human consumption, needs to rely then on its characters, and their pursuit of something. And quite often, like in stories for adults, this character is flawed. They face obstacles. They require challenges. In fact, if they don’t, they fall flat on the page, and the reader fails to care about their journey.

A character in a picture book should be multi-dimensional, and unique. Max, from Where The Wild Things Are, needs to assert his wild side, within the safe parameters of home. The Very Hungry Caterpillar doesn’t restrain himself when faced with ample sweet delights. No. He plunges in headfirst, and does what any of us would do in our perfect fantasy when faced with temptation. Consequences aren’t on his mind.

The more unique and complex the character, the more iconic they become.

The picture book text is quite often pared back, ideally less than five hundred words. My own books are much shorter. My most recent contract with Scholastic is for a fifty-word picture book, and much of that is repetition.

The advantage of using a picture book to tell a story is that it has pictures. The illustrator becomes an important collaborator in story creation. When working on a new manuscript, I have to work through every line and ask myself, ‘Can this be told through the pictures?’ And if it can, the line is cut completely.

Words aren’t excessive in a picture book, and nor do they need to be literal. A child, like any human story-lover, is generally capable of reading between the lines. Humorous books like Mo Willems’ Don’t Let The Pigeon Drive The Bus treat the child as a co-conspirator, rather than simply a reader. The child is implicit in the story’s action. The bus driver asks the child not to let the pigeon drive the bus. The cheeky and persistent pigeon tries different ways to trick the child into letting him drive the bus. Willems, of course, knows children won’t be outsmarted. Every line the pigeon tries gets him no closer to his goal.

Jon Klassen’s hat trilogy uses a similar pared back humour. In I Want My Hat Back, a bear is looking for his hat. When the bear interviews a rabbit, the rabbit claims not to have seen the hat. Yet it is wearing the hat on his head. Taking the rabbit on his word, the bear ambles on. Only later, does he make the connection, and realises the rabbit wasn’t telling the truth. He rushes back, eats the rabbit, then proceeds to deny the fact, just as the rabbit had done. Nowhere in the illustrations or the words does Klassen refer to the bear eating the rabbit. The meaning is cleverly implied. And my four-year-old got it immediately.

In my most recent book, Archie and the Bear, I tell the reader than Archie is a bear. The reader can see, quite plainly, that Archie is not a bear. He is a boy, wearing a bear suit. I am not intending to trick the child. I know the child knows Archie is not a bear, only identifies as one. And I know kids will come on the ride with me.

Both Archie and the Bear’s situation are simultaneously real and not real. But the same is true for children, when they play make-believe. They are playing Harry Potter, and they are Harry Potter, but at the same time, they know they are not Harry Potter.

“Picture books often reach classic status because they touch on a human and universal truth. A child’s truth. An adult’s truth.”

Humour and irony quite often work in children’s books. Perhaps because humour is an important aspect of cognitive development. Much neuro-activity in babies is devoted to smiling and laughter. A one-year-old will laugh hysterically at a game of peek-a-boo. At this stage of development, the child understands that the person hasn’t disappeared permanently. The anticipation of the surprise reappearance adds to the fun.

Typically, children start developing theory of mind at around eighteen months. Theory of mind is the understanding that your state of mind is distinct from others. It is important to social cognition, and your ability to get along with other people. A toddler will start to understand that external behaviour is driven by goals and intention. For example, an eighteen-month-old will typically distinguish whether a person intentionally or accidentally manipulates an object.

Theory of mind develops more fully around four years of age. Research shows that a four-year-old is more likely to expect others to have a different point of view to themselves, than a three-year-old would.

By four, children often test out lies. They will tell you they have washed their hands, even though they have not, because they know you potentially have differing beliefs to them. Preschool lies are rarely malicious. Rather, a lying preschooler is indicative of neuro-typical theory of mind development.

Irony and humour in picture books largely rely on theory of mind. The author assumes the child has the capacity to understand that what is being said is not necessarily concrete.

Humour and irony in picture books allow the child room to assimilate information, and reach their own conclusions. They are activating neural pathways every time they do this, which increases their capacity to engage social cognition. Pared back, metaphorical language in picture books can do the same. You don’t need to spell out a case for the child to understand it.

Writing picture books leaves you room to tell the story through the illustrations. Picture books should also leave room for the reader. Both the child reader and the adult reader will bring their own experience, fantasy, interpretation and imaginings into the story. And the more room there is for this, the more actively the reader engages with the story and the more impact the story will have. 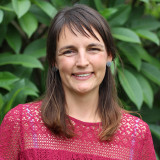 Zanni Louise is a children’s author, based in northern NSW. Her first picture book, Too Busy Sleeping, is a CBCA Notable Book. Her second picture book, Archie And The Bear, is released this May. It is illustrated by the inimitable David Mackintosh, and published by Little Hare. Zanni has been contracted for five other books for children, which will be available in 2018. Visit www.zannilouise.com

previousBreaking the newsroom shackles: Journalism as a foundation for fiction