Family stories, in both fiction and non-fiction, have enormous narrative potential. From parent-child relationships to sibling rivalries. From strong ties to missing parts. We all have a story to tell when it comes to the family we know. But how can a writer pen a story of their own family in a way that is both ethical and compelling? What story should, or can, we tell? And what can we learn from writers who have attempted to capture their families on the page? This workshop will guide participants through planning, researching and writing family stories.
Participants will develop foundational skills in: (1) understanding the ethics of writing the stories of others; (2) deciding what stories need to be told, and why; and (3) crafting family members as characters.

Sara El Sayed was born in Alexandria, Egypt. She teaches at Queensland University of Technology, where she is completing a Master of Fine Arts. Her work features in the anthologies Growing Up African in Australia and Arab, Australian, Other, among other places. She is a recipient of a Queensland Writers Fellowship and was shortlisted for the 2020 Queensland Premier’s Young Writers and Publishers Award. In this three hour Guided Writing Group, novelist, memoirist and playwright, Christopher Raja, will lead participants through a number of the key elements of a story. Participants are asked to bring along a piece of writing, project or story idea to develop in a supportive and positive setting.

Join us with your paper, pens, iPads, laptops or whatever device you use to write on.

Christopher Raja is the author of the memoir, Into the Suburbs: A Migrant’s Story (UQP, 2020). He co-authored the play The First Garden with Natasha Raja, which was performed in botanical gardens throughout Australia and published by Currency Press in 2012. His debut novel, The Burning Elephant, was published in 2015 (Giramondo). It was written with the assistance of an Australia Council New Work grant. Christopher lived in the Northern Territory for 12 years and has been twice shortlisted for its Chief Minister’s Book of the Year award. Raja migrated from Calcutta to Melbourne in 1986. He is the 2021 UTS Copyright Agency New Writer’s Fellow. He lives in Alice Springs and Melbourne.

All characters in story telling should be difficult characters. When we read a book they should surprise us, delight us and leave us feeling unsafe.

Multiple award winning writer Peter Polites, will give access to his process, guide participants in how to give the love and attention to make them appear real on the page.

In this workshop we will be doing the practical work of studying complex characters and rendering our own, through a series of planning and processing.

As in life, not all characters are good or bad, but they need to be complexly drawn to convince a reader that their story is worth being read. From Captain Ahab to George Costanza, to Mrs Dalloway all the way to that kid everyone hates in The Slap – it is often the difficult characters that stay with us after we have put down the text.

In this unique course we will delve deep into your characters; who they are; how they interact with each other; and what is needed to bring them to life.

Peter Polites is a novelist from Western Sydney. He has written two queer noirs, Down the Hume and The Pillars, which won the 2020 NSW Premier’s Multicultural Literary Award. He’s also won the 2020 Woollahra Digital Literature Prize for Fiction. In 2021 he will be a writer in residence at UNSW Canberra and working on his third novel, God Forgets About the Poor. Learn how to make your work relevant and captivating – how to arrive at your own voice, and weave in the voices of others – what to leave in and what to take out, and what mistakes non-fiction writers make.

Learn how to get clear about who your book is for, and to be sure you’ve got this right. Learn the secrets of a punchy opening, and how to draw up a solid chapter plan. Find out why is layering so important, and what can you do when a chapter or section feels a bit thin. Are case studies worth considering, and if so, how might you weave them in?

Should you use endnotes? What are the rules, when interviewing others? What are you looking for when asking for feedback? What are the essential tips needed to edit your work. And how do you put together a punchy proposal for publishers?

Social researcher Maggie Hamilton writes books and for magazines; gives frequent talks and lectures; and is a keen observer of social trends. Maggie has held a number of senior roles at the ABC and in publishing, where she set up and ran the Inspired Living imprint for Allen & Unwin.

Her professional memberships have included, serving on the Executive of the Sydney Peace Foundation; as a Member of the Organising Committee for the Federation Australian Women Speak Conference, Office for the Status of Women, set up to examine the future of Australian women; and most recently as a founding member of the Heart of Australia Day organising committee.

Maggie’s books, which have been published in over a dozen countries worldwide, include What Men Don’t Talk About, the lives of real men and boys behind our stereotypes; What’s Happening to Our Girls? and What’s Happening to Our Boys? the 21st century issues boys and girls face, and practical workable solutions; and her new book When We Become Strangers: How Loneliness Leaks Into Our Lives and What We Can Do About It. www.maggiehamilton.org Do you want to be the star of the writer’s circuit?

In this two day workshop, stand up comedian Mandy Nolan and performer/academic Dr George Catsi challenge you to find your most powerful and engaging narrative and then use it to transform your story pitches, interviews, panels, keynotes and book launches!!!

For many writers the most comfortable place is behind the keyboard. For  a writer to get the best traction for their book, they need to be comfortable and know how to engage the public space. They need not just to be a writer – they need to be a performer. They need to know who they are, what they think and what their story is. This is what an audience wants from  writers. They don’t just want you to read excerpts of your book – they want excerpts of you!

George Catsi and Mandy Nolan are the creators of Authentic You – a unique approach to speaking and presentation that draws down on narrative to connect with audiences.

In the two day delivery of Authentic You for Writers George and Mandy will cover the following as they head towards a final 5-7 minute TED styled writer talk:

‘Saying is different to writing. As a professional writer it was really enlightening and useful to learn about the mechanics of delivering your thoughts. I can’t wait to put it into action!’ Laura Bloom. Humans are hardwired to value storytelling. We seek stories the same way we seek out meaning; in the events that happen to us, in history and in the daily news. How do we bring those stories to life? And how do we make the completely imagined story have that ‘ring of truth’?

In this webinar, award-winning novelist and memoirist Kathryn Heyman (Fury) shows you how an author might take a kernel of truth and turn it into a work of art: a novel, memoir or captivating work of narrative non-fiction. At the same time, you’ll discover how to bring your imagined worlds to life and make them feel more truthful. Whether you’re working on a novel inspired by true events, a memoir, or the completely imagined world, you’ll discover how to find the right voice for your work, how to create compelling scenes, how to find the drama in the truth.

Using a mixture of example and carefully selected exercises, developed over almost two decades of coaching writers, Kathryn Heyman will show you how to discover the truth of in any story. This session is co-hosted by author Sarah Armstrong.

Date: Wednesday 1 September
Time: 10am – 12pm
Where: Online via Zoom
Who is it for: Beginner and intermediate writers
Cost:  $40 General / $30 Members

Sarah Armstrong was a journalist at the ABC, where she won a Walkley Award. She now lives in Mullumbimby, which is the setting for her three adult novels. Her first novel for readers aged 8 – 12 (also partly set in this area), BIG MAGIC, will be published by Hardie Grant next year. Sarah teaches creative writing in schools, for the Byron Writers Festival and at Southern Cross University. Celebrated local writer/director Benjamin Gilmour hosts a one-off workshop on the art of screenwriting. The screenplay for Gilmour’s latest feature film Jirga, Australia’s entry to the 2019 Academy Awards, won the NSW Premier’s Prize in the same year. Participants will explore the growing of ideas, the importance of story, character development, structure and dialogue, as well as the writing of treatments and the creation of ‘pitch decks’.
This workshop will provide skills required to work towards the first draft of a screenplay. 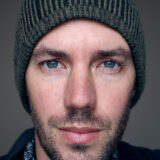