Introducing the runner up story of the Jesse Blackadder Prize 2021, The Thief by Caleb Scherrer. 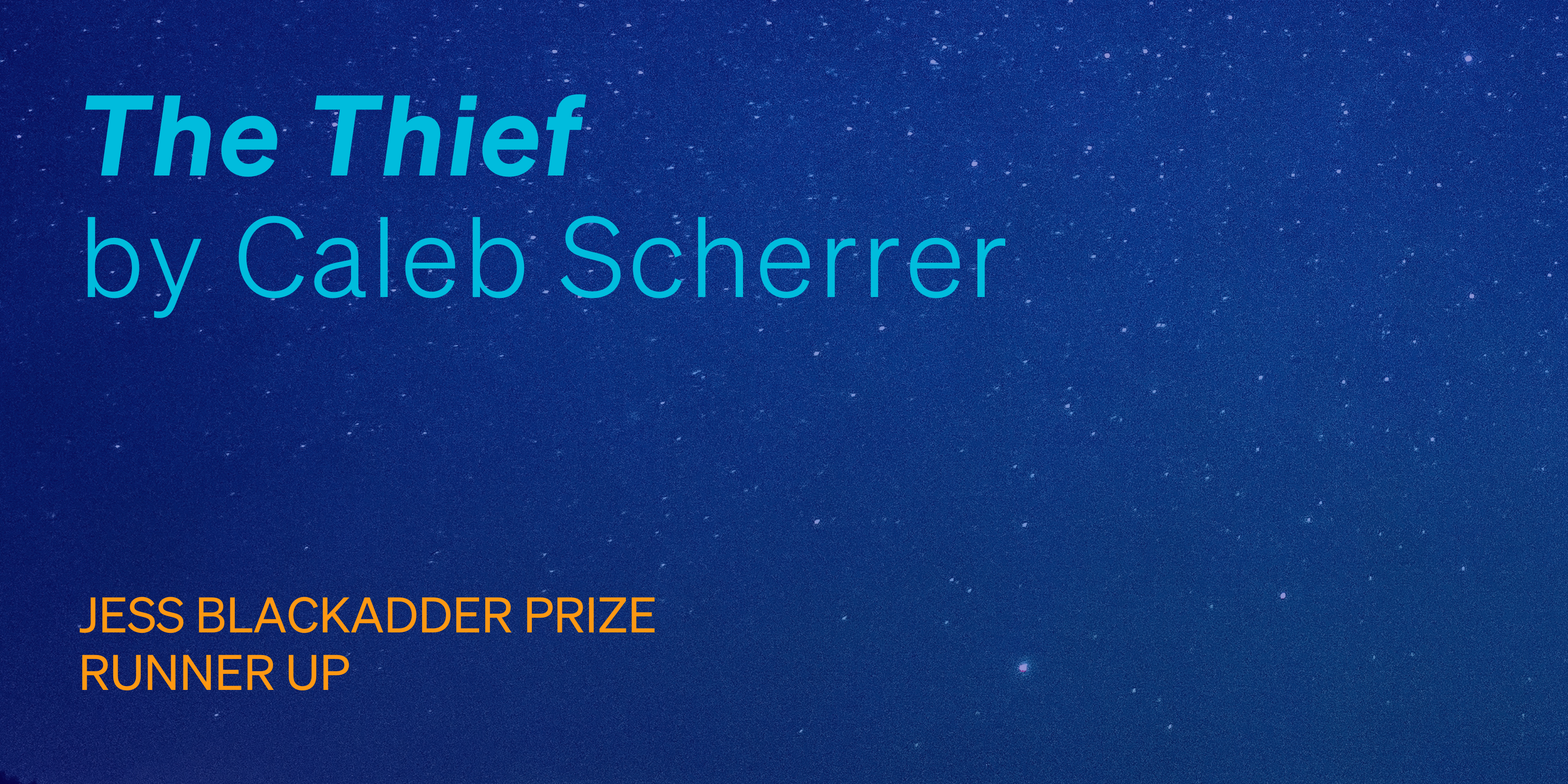 This year, we received almost 100 submissions and were very impressed by the talents of the students in our region! Young writers were asked to write an original short story from 500 to 1000 words on any theme and the quality of the students’ stories made it very difficult for our judges to deliberate. We are very proud of the students who dared to share their stories and we encourage all of you to keep writing!

The winning story of the Jesse Blackadder prize is Allegro Presto by Edith Barber. It will be published in the Byron Writers Festival magazine, northerly, alongside the winners of the Susie Warrick Young Writers Award, Nipotino by Luisa Santucci (winner of Category 1) and The Hunter by Floyd Whitaker (winner of Category 2).

The runner up story of the Jesse Blackadder Prize is The Thief by Caleb Scherrer. We are very happy to share this wonderful story. It impressed our judges by being economical and vivid. It moves and surprises the reader and gives what we like to call ‘the fourth dimension’ where at the end you look back on the story with a whole new understanding. The ending is a tear-jerker that demonstrates an ability to connect with the reader… right to the heart.

It was midnight. Shadows slipped by. Pinpricks of light were strewn across the sky, while everything else was swallowed up by the darkness. The dark shapes of houses dominated the hillside. Each one was special in its own way, but there was one house that contained something. Something that was cherished and loved. A treasure so valuable that once gone, could never be replaced.

There was a gentle breeze blowing. The velvety softness of grass was crushed without a sound as the thief walked on towards the house. Not pausing, as she was fully focused on her goal. The night was eerily quiet, except for the thief’s footsteps. She found the correct house and padded towards the door, then she went inside.

The rich smell of history was embedded in this place. Images adorned the walls, some of the everyday and others so precious. Yet the thief stayed focused on her goal, not pausing at the rarities on display. Nothing could stop her. The path that the thief was following twisted and turned as many other paths sprouted out creating an intricate labyrinth. But still, she ventured on through the clutter and the dust, and then the thief saw it

A mop of tousled blonde hair adorned the little boy’s head, his eyes a stunning shade of light blue. A smattering of freckles covered his cheeks and nose. He seemed to be glowing with happiness as he sat next to his grandmother. Her dark brown hair was flecked with grey and piled into a tight bun. Her skin was wrinkled with lines, showing a life well lived. She wore a beautiful big smile as she sat happily with her grandson. Clearly, they enjoyed being with each other. Sitting together on a park bench feeling the sun on their shoulders on a glorious day. Love was captured in that moment, that memory.

The thief picked up that moment in time. She held the cherished memory in their hand and relished her sad task. By taking the memory forever, the grandmother would never remember it again.

Her hair, now completely grey, was sprawled across the white nursing home pillow. The room was bare of any personal possessions as the frail old woman lay alone in the bed. There was a vacant look in her eyes. She stared into blank space, not knowing what she was doing there. Dappled light shone through the curtains and gave the room a haunted look. Her wrinkled almost translucent skin looked like it had not seen the light of day in years. She closed her eyes to rest her weary mind and body.

Light footsteps echoed through the hallway as a mother with her child, a boy with tousled blond hair and stunning light blue eyes, walked into the room. Their clothing was bright and vivid compared to the bland surroundings of the hospital room. In the light, they were full of life and seemed to glow. The grandmother’s eyes were closed and when she opened them, she saw her visitors and she stared at them, with an empty look.

The grandmother thought to herself, who is that little child standing next to my daughter? But her mind was seemingly empty of any memory. She didn’t know the boy was her grandson. The grandmother said to the little boy with tousled blonde hair and stunning light blue eyes, ‘Come here child and tell me your name?’

Silent tears welled up in her daughter’s eyes when her mother said that. She realised it was the day she had dreaded. Her mother did not recognise her grandson.

The nurse bustled in, looking tired and busy.

‘How is she?’ the mother asked.

‘Not well I’m afraid, the infection has caused a significant cognitive decline. I’m sorry your mother’s dementia is much worse,’ replied the nurse.

The mother sighed, she was teary and trembling slightly. She was weary with worry and sadness as she watched more of her mother slip away.

The little boy quietly walked over to the grandmother’s bedside and gently touched her arm. ‘It’s okay, Nanny. I’m here with you now,’ he whispered softly in her ear.

Thank you to the Warrick Family, Hilarie Dunn and the Byron Writers Festival Jesse Blackadder Memorial Fund, who generously sponsor our prizes and support this opportunity for young writers.